As part of the 2014 Commonwealth Games Cultural programme, we are inviting you to take part in creative workshops based on themes around slavery and emancipation. Workshops are available in dance, drumming, acting & voice, carnival costume making, photography and singing. 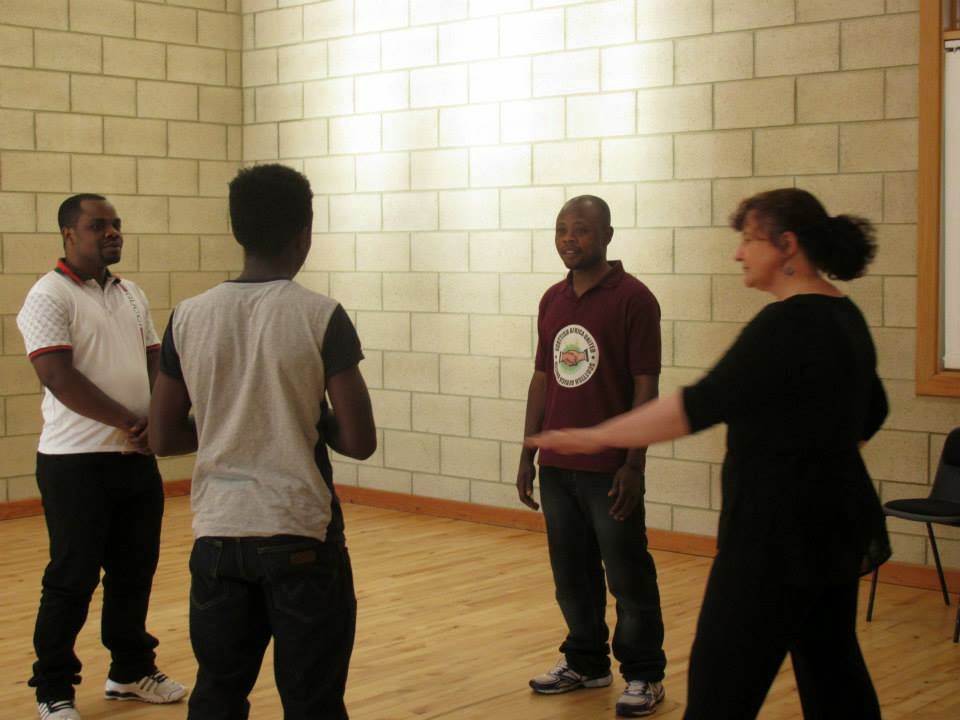 Your voice and acting coach will be Melanie Drake. Melanie has worked in theatre, film and TV as an actress and has been central to numerous productions as a fully qualified drama teacher. She is an extremely sought after voice coach whose teaching is based on the technique of Nadine George (Voice Studio International).

We are thrilled to have secured Melanie’s services and would urge those of you with an interest in acting and voice, to make the most of this opportunity.

The workshops take place in Motherwell and we've secured a venue just a few minutes walk from Motherwell Railway Station so that it is accessible to most people in Lanarkshire and surrounding areas.

You can either do the workshops alone or you can join the community cast of Emancipation Acts. If you choose to join the performance you must be available for rehearsals at various times from 19 July - the schedule will be given to you by week 3.

We expect participants from a wide range of countries and cultures so if meeting new people from different backgrounds and sharing something special is your thing, you've come to the right place.

If you need help with travel costs we can cover it. And we can provide childcare if we know we need it.

These workshops happen in the lead up to the Emancipation Acts performances taking place in Glasgow's Merchant City on the 30th, 31st July and 1st August.

Emancipation Acts is a series of site specific performances in Glasgowʼs Merchant City bringing to life the story of the cityʼs role in Caribbean slavery using drama, dance and music.
Posted by African Caribbean Centre Glasgow at 03:07